The world’s best wines reflect both the character of the remarkable vineyards they come from and the people who make them. Embodying decades of skill, artistry and innovation, our team is dedicated to making exceptional Los Carneros wines from our acclaimed Napa Valley estate vineyard. 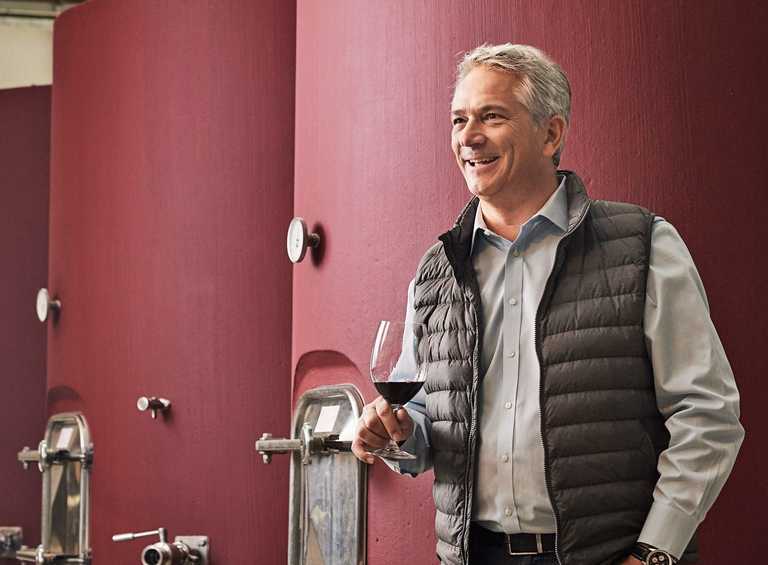 As the president and CEO of Two Estates Wine Collective, Dan Zepponi literally brings a lifetime of knowledge and experience to his role guiding the future of Cuvaison. Having worked in every facet of the wine industry, Dan applies what he calls a root-to-wine approach that empowers his team to create wines that are quintessential expressions of their appellation, and of the estate vineyard where they are grown. In 1969, the same year that Cuvaison was established, Dan’s father, Gino Zepponi, cofounded ZD Wines. “Other than my time in school,” Dan says, “I was completely immersed in the winery. By the time I was a teenager, I’d learned to drive a tractor, prune, fill barrels, run the crusher, do lab analysis—you name it. I also learned that running a successful family business is about care and quality, and that it requires hard work and integrity.” In the years since, Dan has earned a reputation as one of the most visionary executives in the wine industry, holding positions as senior vice president of production at Beringer Wine Estates, president of the Mark Anthony Group, president of Vintage Strategies, and president and partner at West Coast Wine Partners. In 2016, Dan returned to his independent winery roots, when he was named the president and CEO of Two Estates Wine Collective. 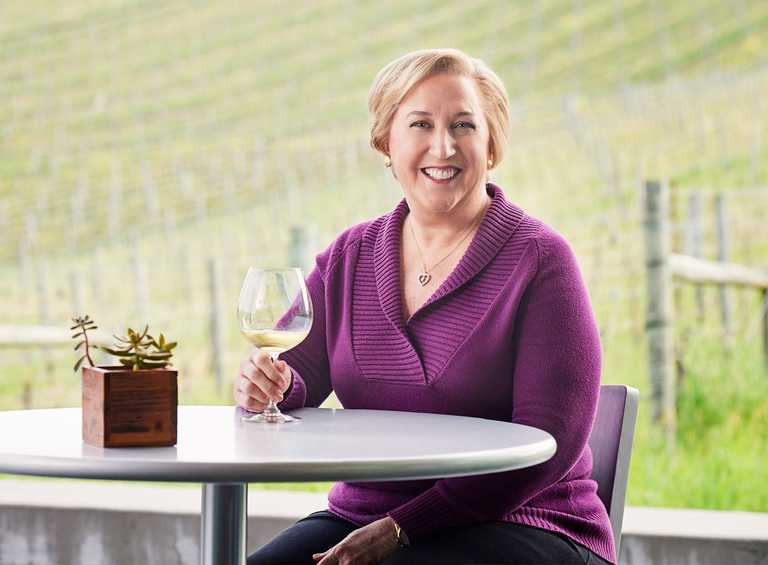 Over the past four decades, Bonnie Schoch has earned a reputation as one of the most talented and knowledgeable CFOs in the Napa Valley wine industry. After receiving her degree in economics from UC Davis, Bonnie spent the next two decades at Domaine Chandon, where she earned a reputation for her leadership, strategic thinking and fiscal acumen. In the years that followed, Bonnie held CFO positions at Stag’s Leap Wine Cellars and St. Supéry, before being named the CFO for Two Estates Wine Collective in 2010. “I love my job,” says Bonnie. “Our industry combines great wine, food, the outdoors and hospitality—it’s a way of life, not just a profession.” Outside of Cuvaison, Bonnie is passionately involved in the St. Helena community, where she spent eight years as a school board member, and on the St. Helena City Council. Bonnie was also a past board member of Women for WineSense, which supports the professional development of women and men in wine and associated industries. 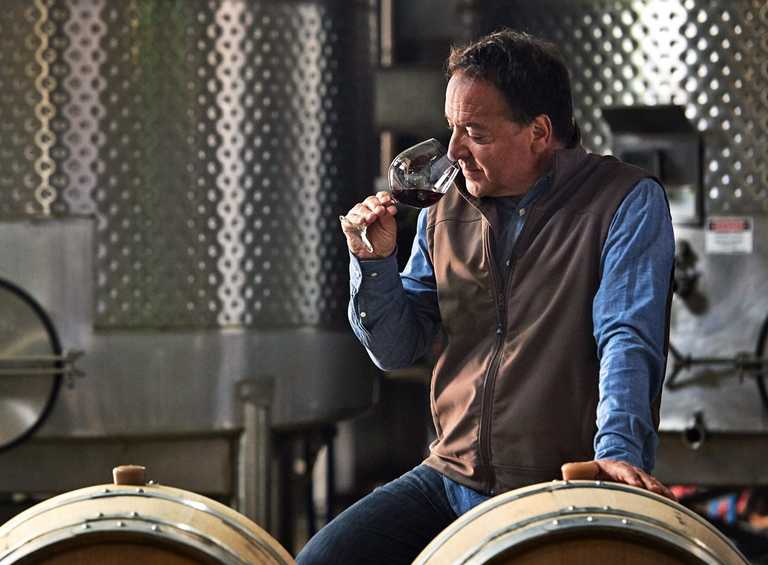 A master of cool-climate Chardonnay and Pinot Noir, Vice President, Winemaking, Steve Rogstad has spent most of his professional life making wine in the Los Carneros appellation. Since 2002, Steve has guided the winemaking at Cuvaison, crafting wines that have earned renown for their seamless balance and vineyard-inspired depth and complexity. Working with Cuvaison’s acclaimed estate vineyard for more than 20 years, Steve refined a vineyard-driven approach to winemaking that takes advantage of the site’s remarkable diversity, including doing as many as 80 individual fermentations each vintage—a small-batch, labor-intensive approach that defines Cuvaison’s estate-grown wines. Born and raised in North Dakota, Steve fell in love with wine while traveling abroad and living above a wine shop in Paris. While attending the masters of enology and viticulture program at UC Davis, Steve worked at La Crema, where he gained invaluable hands-on experience making Chardonnay and Pinot Noir with legendary winemaker Dan Goldfield. After university, Steve joined the team at Saintsbury, before being named the assistant winemaker at Rombauer. Prior to joining Cuvaison, Steve spent six years as the winemaker at Clos Pegase in Los Carneros. Since becoming winemaker in 2002, Steve has been widely recognized for making many of the finest wines in Cuvaison’s history. “Great wines are the culmination of years of knowledge and experience,” says Steve. “For 20 years, I have had the incredible fortune to work with a grand cru-caliber vineyard to create wines that honor Cuvaison’s roots, while also helping to lay the foundation for the next fifty years.” 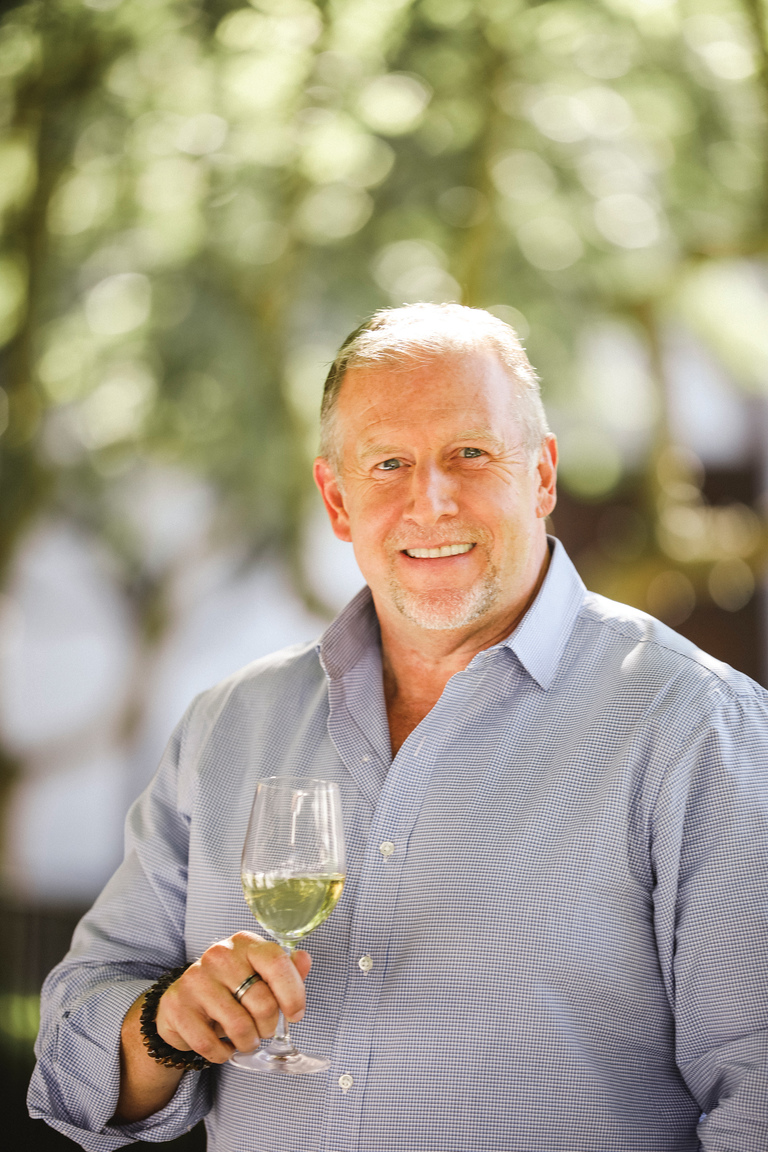 As our estate director, Brendan Finley oversees the luxury winery experiences for Two Estates Wine Collective, including the Cuvaison Tasting Room, wine clubs for both wineries, consumer outreach and club events. A New Jersey native, Brendan has traveled widely throughout his career working for such acclaimed companies as Hyatt Hotels, Starwood Hotels, Bacara Resort and Spa, and the Rancho Las Palmas Resort, where he played a key role in redeveloping the property into a Four-Star resort. After many years in the hotel and resort industry, Brendan’s love for the wine business led him to Wente Family Estates, where he spent almost a decade guiding its hospitality program. Today, as our estate director, Brendan applies his passion for hospitality to create unforgettable guest experiences, while fostering a rich and engaging Cuvaison community for our club members and other friends. “I am thrilled to be a part of building on the rich history of these two storied family-owned wine estates,” says Brendan. “As our amazing team embarks on the exciting journey to expand our tasting room and hospitality spaces, while unveiling enhanced guest experiences, my goal is to make sure that with each glass of wine we pour, we are creating special memories.” Brendan lives in the East Bay, and when he is not at Cuvaison, he enjoys traveling, fitness and experiencing the finest in food and wine with his partner Albert. 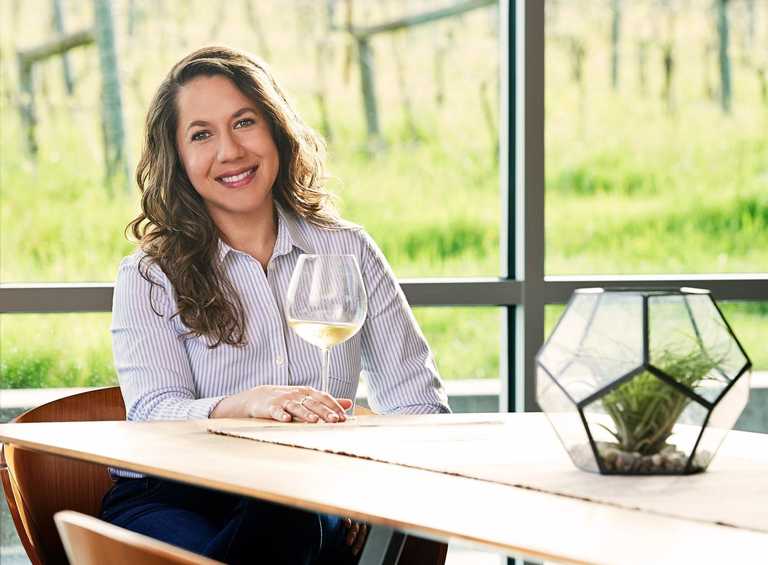 As director of marketing and direct to consumer, Jaki Palacios utilizes her extensive experience in brand strategy and aesthetics, digital marketing and consumer engagement to tell the story of Cuvaison. After earning her bachelor of science degree from the Art Institute of California, Jaki began her career at Constellation Brands, where she was the associate marketing manager for Robert Mondavi Private Selection. Since then, Jaki has served as account supervisor at NSight Connect, specializing in digital marketing, as brand manager for Kroger beer and wine at Winery Exchange, and most recently, as brand manager for C. Mondavi and Family, where she led the highly successful repositioning of the Charles Krug brand. “At Cuvaison, every wine we make is an extension of the vision and values that have made us a leader in Los Carneros for the past five decades,” says Jaki. “They are also the foundation that our next 50 years will be built upon.” Jaki splits her time between Napa and Miami, with her husband, son and their dogs, Charlie and Oscar.